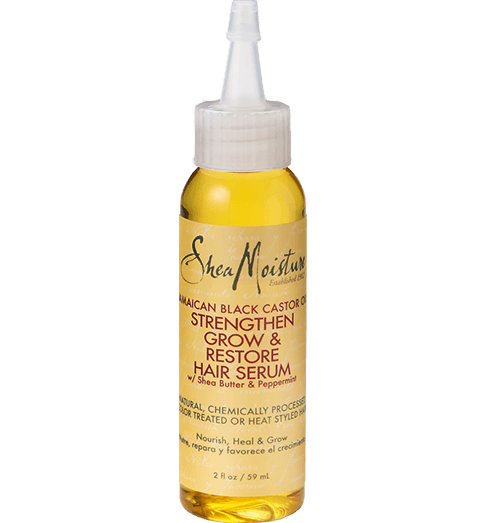 Hello, it’s me, Michelle. Today I’m reviewing a new Castor Oil from Shea Moisture. This product is called Jamaican Black Castor Oil I want to see how different or how similar it is to all other castor oils I have used.

When the product was delivered to my house, it came in a packaging envelope lined with some protective bubble wrap. The bottle is made of clear plastic with a pointed cap. I found the top a bit uncommon because most of the castor oils I’ve bought have a twist top, dropper or disc press cap. With this one, the top looked like an inverted funnel or something. I’ve seen something like this in a salon before. They use it to apply the product directly on the scalp. I’m guessing that’s the idea behind this kind of cap. 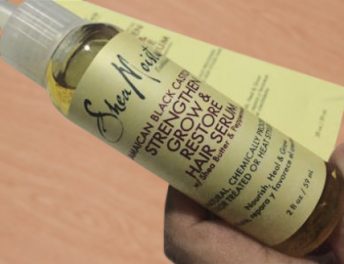 Some people might get turned off by this smell. Personally, I don’t mind it so much but it does take some getting used to.

There’s a seal on the bottle when you remove the party-hat-shaped top, which is great. When I removed the seal, I didn’t smell anything but when I placed the oil in my hand, I was hit by the strong smell of the oil. The closest I can compare it to is the smell of damp wood that’s been stored inside a room for a while. Some people might get turned off by this smell. Personally, I don’t mind it so much but it does take some getting used to. 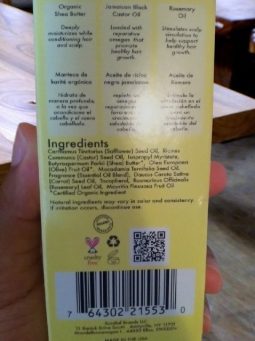 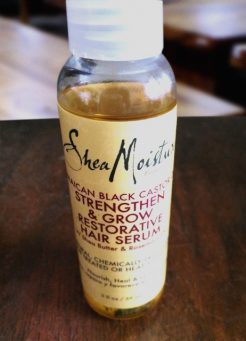 I used only about a tablespoon of oil and it was able to cover my hair without a problem.

The oil is really thick. When I placed it on my skin, it just sat there and did not absorb into my skin right away. The color of the oil is on the deeper yellow side but it’s clear. It’s only after I have bought the product that I realized that it isn’t pure castor oil like the ones I bought before. It contains shea butter and Rosemary oil. I found out later that there’s another variant but with peppermint instead of Rosemary oil. I have mixed feelings about this because I like the ingredients on its own but not so much when they’re together. 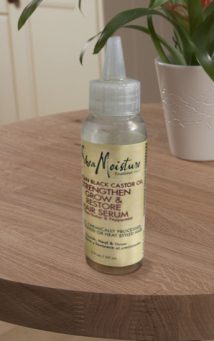 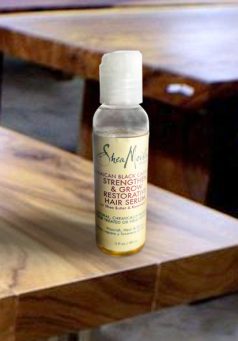 I used the oil for one of my bi-monthly DIY hot oil treatments. I didn’t use a lot because the oil was very thick. I used only about a tablespoon of oil and it was able to cover my hair without a problem. Everything was going great until after I rinsed the product. The product took a while to rinse. I needed to wash my hair twice. I thought maybe I put in too much or something but then I thought ‘this is the same amount of oil I use in my other DIY hot oil treatment, what gives?’ It’s possible that the other ingredients made it hard to rinse off.

Its specialty is making hair long and softer but I ended up with hair that feels like an oil slick.

The Shea Moisture Castor Oil leaves so much to be desired. Its specialty is making hair long and softer but I ended up with hair that feels like an oil slick. I feel like this oil would work for other people but maybe not for me. The price of the product is not bad at less than $11 for a 2 oz. of oil. I’m not closing my doors to this product though. I’m sure I can find a way to make this work some other way. 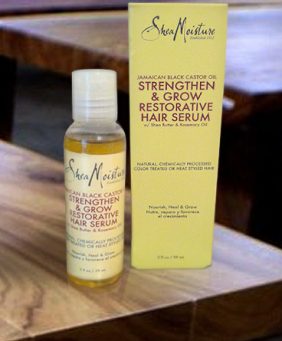 Shea Moisture’s humble beginnings started in Sierra Leone in 1912 when Sofi Tucker sold some homemade shea butter, African black soap and other skin and hair care products. Soon her legacy grew into the empire that it is today. They produce so many incredible skin, hair and body care products for men, women and children. They offer bundled up products and products that makes a perfect gift for any occasion. This women-led business supports the Sofi Tucker Foundation where they work with communities to help them source some of the key ingredients used in their products.

Shea Moisture supports fair trade and their products contain organic ingredients that have passed the highest standards in manufacturing. They do not test on animals and create products that are paraben free, sulfate free and free of other harmful chemicals. Join their newsletter and know more about their products and the various causes they support.

Oil came in a clear plastic bottle and a funnel-shaped top.

Oil is very thick and has a strong smell.

I used it as a hot oil treatment. I ended up with oily hair.

Free delivery for orders over $35. No indication of money back guarantee.