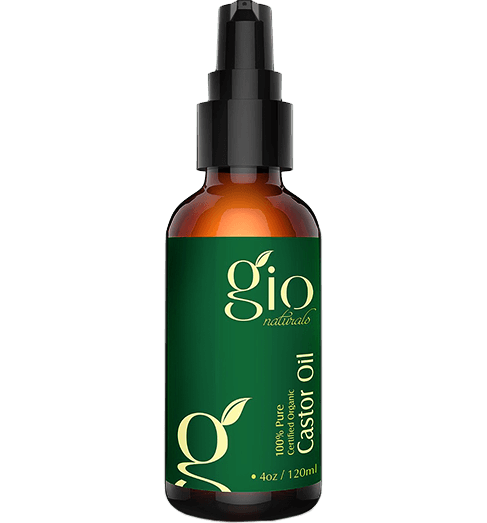 Hi, Michelle here. Today I’m reviewing this Castor Oil from Gio Naturals. This Castor Oil was highly recommended by a friend and so I wanted to see for myself what it could do.

I got the product delivered to my house on time. It came in a small box similar to a perfume box. It was a simple unmarked brown box. Inside the box, the oil sits there undisturbed and sealed with a tamper proof seal. The bottle was amber colored glass and had a separate glass dropper that’s packed in the box with some bubble wrap. 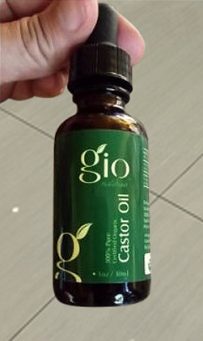 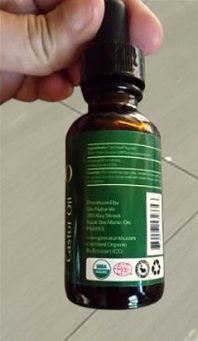 Most other castor oil would have some sort of color like pale yellow or deep yellow but this one is clear.

The oil’s ‘color’ is clear. Most other castor oil would have some sort of color like pale yellow or deep yellow but this one is clear. This struck me as odd since I know that pure oils usually have color. The thickness is as expected. The oil is somewhat thick and when I placed some at the back of my hand, it didn’t flow down quickly. The smell isn’t overpowering or awful. I tried rubbing the oil on my skin and it took a while before it got absorbed into my skin. Other high-quality castor oils feel like dry oil, such that they absorb into the skin and don’t leave a greasy after feel. This one still felt somewhat greasy after applying. 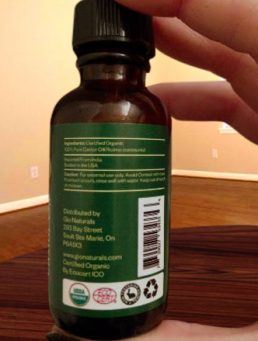 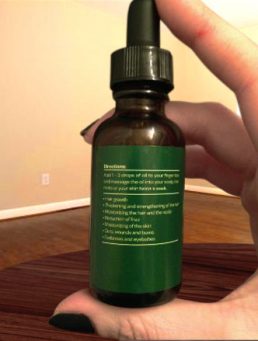 It left my face dry after a few days of using it as a cleaning agent.

Have you ever heard of oil cleansing? I like oil cleansing versus using a facial wash and water to cleanse my face. I find this natural treatment more suited to my skin. After cleansing my face with oil, I find that my skin feels smoother and supple. So, I used this oil to do some oil cleansing. I’d like to say this oil succeeded in cleaning my skin, but instead, it left my face dry after a few days of using it as a cleaning agent. My face felt tight and dry after I used the oil. I figured that maybe it needed to be mixed with other oils so I combined it with other oils I’ve used in the past like avocado oil. I used the mixture for a few days. Unfortunately, my skin still felt a little bit dry. I noticed dry spots where there used to be none. I’ve stopped using the oil on my face after that day.

So far, it has been doing a good job at keeping my scalp free of flakes and dandruff. 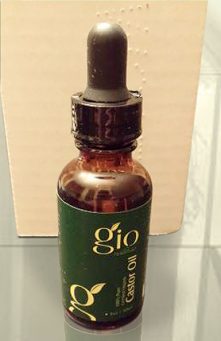 I tried using it on my hair hoping for a more favorable result. I applied it on my straight to my scalp to help treat some flakes that have been falling from my head lately. So far, it has been doing a good job at keeping my scalp free of flakes and dandruff. The downside is that my hair feels a bit rough on the ends. I’m not sure if the castor oil is to blame.

I feel this oil could have been great. It was able to help me with my dandruff but left my hair and skin a bit dry. I’m having mixed feelings as to the effectiveness of the oil. It helped one problem area but the skin dryness is something that I dislike very much. I think that you can keep on using it if it works for you but if not, just chuck it. 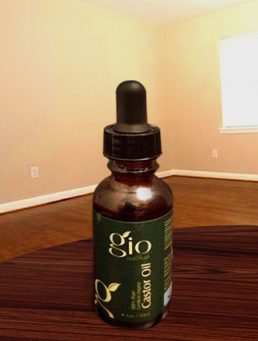 Gio Naturals specializes in creating luxurious essential oils such as castor oil. Other essential oils that they produce include argan oil, jojoba oil. These are both great in bringing back the shine and health to your dry and dull locks. They also have moisturizing oils such as rosehip and tamanu oils that you can use to make skin supple and soft. Don’t expect the rosehip oil to smell like roses though. This oil came from the seeds of rose bushes. The smell is more herblike and earthy. For men, they also offer some beard oils to help keep facial hair in check.

The Gio Naturals oils comes in a gift set too. For about $30 you can buy 4 oils packed in a beautiful Gio Naturals gift box. Inside the box you get the castor oil, argan oil, tamanu oil, and jojoba oil. They also included a bottle with the label ‘My Blend’ so you can mix any of the oils and create your own special oil mix.

Oil is thick and does not have an unpleasant smell.

Got rid of my dandruff but left my hair and skin dry.

Free shipping for orders over $35. Money back guarantee.